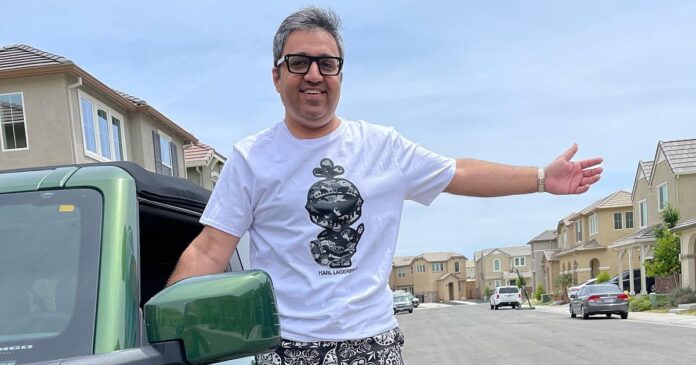 Shark Tank India, the Indian franchise of the popular American reality TV show, became hugely popular with the audience. With India’s biggest entrepreneurs as judges or sharks including Ashneer Grover, Peyush Bansal, Aman Gupta, Vineeta Singh, Namita Thapar, Ghazal Alagh, and Anupam Mittal, the show was a massive hit. Shark Tank Season 2 has been announced and the registrations for the anticipated show have already started.

Let’s take a look at what the Shark Tank judges are up to currently before Season 2 kickstarts,

Ashneer loves to lead a luxurious lifestyle and get his hands on all things expensive. Recently the ex-BharatPe CEO has been spotted enjoying a luxurious holiday in California. A glimpse of his leisure getaway in the USA was shared by the entrepreneur. He even shared a number of images with his fans from the foreign country, where he is having ‘the time of his life’ with his wife and children.

Vineeta’s brand raised $50 million last month which recorded the most sales in a month ever. The multi-millionaire is on ‘Another day, another slay’ motto. She was recently honoured with the “Most Admired D2C Professional”. If you remember Vineeta, you know she is a big fitness enthusiast. Vineeta often shares her fitness regime, success stories, and inspiring stories on the Internet. The entrepreneur reunited with the other Shark Tank India judges and was spotted at Aman Gupta’s birthday party recently.

Aman Gupta was recently honoured with ‘The D2C Entrepreneur Of The Year 2022’ and the entrepreneur is living his best life. Aman has been focusing on expanding his company. However, he is really good at balancing his personal and professional life and he is enjoying his time with his wife, and children. He recently reunited with the other Shark Tank India judges and was spotted at Peyush Bansal’s son’s birthday bash.

After the successful first season of Shark Tank India, Ghazal embraced motherhood for the second time and has been sharing her new experiences besides actively being involved in work and accomplishing her goals. She recently shared a few pictures of her with her brand new car with the caption “My getaway companion Just like Varun and I, our Audi e-tron is also working towards building a sustainable future.” as she gifted herself a luxurious Audi.

The multi-millionaire was currently spotted in New York, he is busy exploring and has been travelling to different places across the globe. Peyush and his wife also celebrated their son’s birthday where all the Shark Tank judges reunited recently. Bansal also conducted a 3-day camp for people with eye issues and impressed his fans with this inspiring initiative.

Anupam Mittal is busy inspiring his fans with his success story while taking his million-dollar brand to another level. The entrepreneur has been promoting his brand on the Internet and has been on several podcasts to share how he managed to build a big brand. He also makes it a point to spend his time with his loved ones by taking a day out from his busy schedule.

Namita knows how to connect with her fans, the entrepreneur makes it a point to share moments of her life on social media by posting and making reels. She is spreading awareness about women dealing with health issues and more by introducing her fans to her YouTube channel. Namita is currently enjoying her time off in Paris. Seems like the shark has not taken a break after her successful journey as a judge in Shark Tank India.

Also Read: Details Of Shark Tank India Judges & How Much Money The Sharks Have (updated)