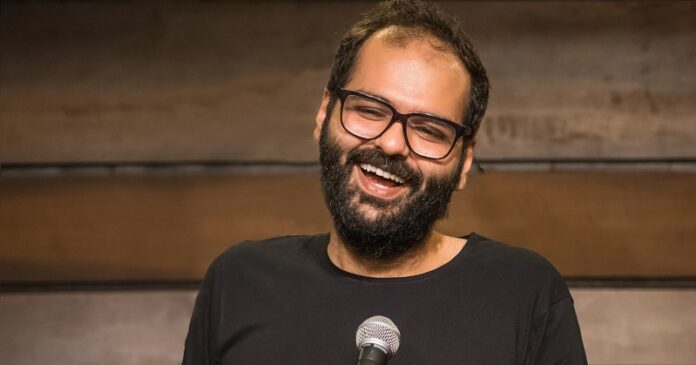 Vivek Agnihotri’s The Kashmir Files is breaking the internet and the box-office, the film just made Rs 200 crore and counting. The film has not only received critical acclaim as well as commercial success. The success of The Kashmir Files has been overwhelming and doesn’t seem to slow down. Many have urged the director that the profits from the film should be donated. Comedian Kunal Kamra joined the tribe and has shared similar views on Twitter, but he got brutally trolled on the microblogging site.

Who is Kunal Kamra?

Kunal Kamra is an Indian Standup Comedian, who is best known for his jokes on bachelor life, cabbies, and Television Ads. He is also known for his Youtube Podcast, Shut Up Ya Kunal.

Taking to Twitter, Kunal Kamra shared a video of the director Vivek Agnihotri responding to a question about donating the earnings of the film. At a press conference, when the director was asked whether he has plans to donate the profits of the film to Kashmiri Pandits, he replied, “Kamai hogi toh baat karenge (Let it earn profit first, we will talk then).”

The reporter responded to this by saying, “Kamai toh bohot saari ho rahi thi. (But the film is making a lot of money)” However, Vivek Agnihotri replied back to the journalist saying, “Abhi aapko aisa lag raha hai. Vo galat-faimi hai aapki. (That’s what you think right now. It’s your misunderstanding.)”

In the video, after a short clip, Vivek Agnihotri’s face was placed on that of Raj Kapoor’s from the song ‘Mana Apni Jeb Se Fakir Hai’ from the 1959 film Anari. The video displays a snap of the film’s 200 crore box office collection and then points at Vivek Agnihotri ending with a ‘Cheating karta hai tu’ – implying that he was lying about the film not making much profits.

Watch the video below:

Kunal was slammed by netizens for trying to troll Vivek Agnihotri

Kunal’s tweet was slammed by several Twitter users for his attempt to troll Vivek Agnihotri. One user said, “Did Sanjay Leela Bhansali give the profits of Gangubai for betterment of the lives of prostitutes? Was the money earned from Chak De used to improve the condition of the women’s hockey team? Mandir bana nahi ki aa gaye katora leke bheek mangne (sic).” Another user wrote, “Haven’t seen any Khan given out money after earning 300 cr….why him. Please explain with logic (sic).”

Here’s what the netizens replied to Kunal Kamra:

Did Sanjay Leela Bhansali give the profits of Gangubai for betterment of the lives of prostitutes?

Was the money earned from Chak De used to improve the condition of the women’s hockey team?

Haven’t seen any Khan given out money after earning 300 cr….why him. Please explain with logic 🤷‍♀️

this is called बौखलाहट
1st dey mocked, derided & thought tht just being intellectuals gives’em a right to call the shots!

Recently, IAS officer of Madhya Pradesh, Niyaz Khan tweeted and requested the director, Vivek Agnihotri to donate his earnings from The Kashmir Files towards the construction of homes of the Kashmiri pandits and for the education of their children in Kashmir’. Vivek Agnihotri gave him a fitting reply.

The Kashmir Files which was released on March 11 is based on the exodus of Kashmiri Hindus during the Kashmir insurgency in 1990, the film stars Pallavi Joshi, Anupam Kher, Darshan Kumaar, and Mithun Chakraborty in lead roles.