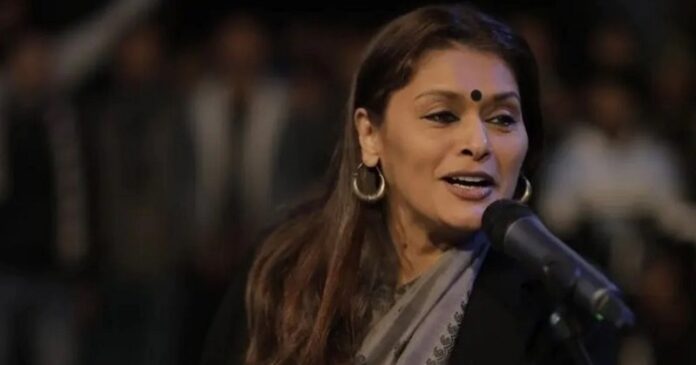 Directed by Vivek Agnihotri The Kashmir Files is based on the exodus of Kashmiri Pandits in the 1990s, it made a huge mark at the box office. The film became a blockbuster by entering the Rs. 200 crore club. Despite facing stiff competition from SS Rajamouli’s RRR, the film is performing well and is in no mood to slow down.

After its success, several people have questioned the filmmaker after the IAS officer, Niyaz Khan urged him to donate the profits to the victims, the Kashmiri Pandits. Reacting to the questions regarding sharing the earnings, Agnihotri and his wife Pallavi Joshi, who is an actress and also played an important role in the film, have criticized people asking such questions.

During an interview with RJ Siddharth Kanan, Pallavi revealed that to fund The Kashmir Files research they have used The Taskent Files earnings. She also added that during their research, they came across children with no access to literature.

Agnihotri then intervened and said,

“From past few years, we are helping the Kashmiri Pandit community and when do you ‘service’ work I don’t like to talk about it. We’ve been doing it for a long time and we’ll keep doing it. It’s been us and them and I don’t think we owe anything to 3rd person”.

Pallavi continued criticizing people who asked to donate the profits of The Kashmir Files, she said,

“I think it’s very vulgar of people to actually ask us, ‘if you earn 400 crores, how many crores will you donate to them.’ This is a very vulgar question for people to ask because the film already has 4 producers. Who gets how much is a very long drawn mathematics. Also, whenever any producer makes money out of any film, they obviously put it to make more projects”.

Check out the interview here:

Recently, comedian Kunal Kamra was also found trolling Agnihotri for not sharing the film’s earnings with Kashmiri Pandits and ignoring the question during a press conference in Lucknow. However, social media users took a dig at the comedian for his act.

Reportedly, Agnihotri’s upcoming film will be based on the right to life. He is also set to complete the ‘Files’ trilogy with The Delhi Files.