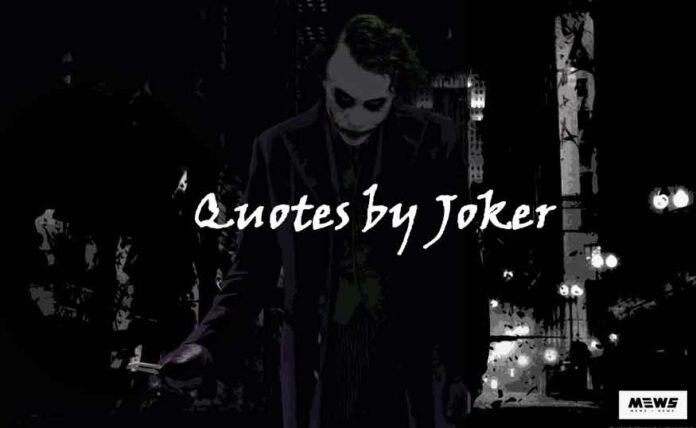 Joker’s quotes are evergreen. He is crazy they say…but he is wise as well. He saw the world from the perspective of a suppressed and oppressed citizen, the one you know who’s crazy and psycho is just the outcome of the injustices he faced.

Every time the world goes wrong to creates differences or divide people, there’s someone who rises against it. Every time injustice increases, there’s an outcome that is good or even worse. Someone rises above to end it for all.

We don’t glorify his actions, but his words are wise enough to be praised. If you know what he means, then you know a lot already. Here we have collected a few quotes by Joker said by him in his movies.
Smile and Enjoy! Why So Serious???

The words he said are deep and penetrating. You can’t choose but to remember it for a long time. The character of Joker is unforgettable, and a significant amount of praise goes to the efforts put in by the actors in the movies as well. Whatever be it, Joker has made his mark!

20 Lord Krishna Quotes That Will Inspire You

10 Most Shocking Revelations From Cricketers That Stunned The Sports World