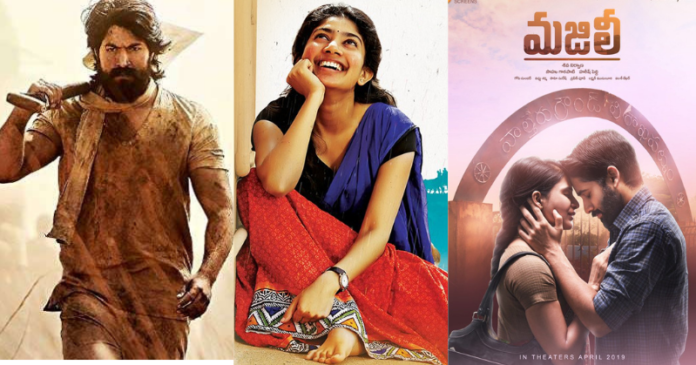 South Indian films have established dominance in the film industry. When Bollywood ran out of content during the lockdown, the south came to the rescue. In an interview, Anupama Chopra stated that regional film is here to stay. These superhits romantic South Indian movies were dubbed in Hindi to reach a larger audience and become household names.

Here are the top 20 finest south Indian movies dubbed in Hindi to see in 2022 (in no particular order).

On the same day that gold was discovered in the Kolar Gold Fields (K.G.F), a saviour was born. In Bombay in the 1970s, a poor youngster grows up to become a mafia don. He returns home as an undercover slave to combat the owner of the infamous gold mine. He is led down an unusual path by his pledge to his dead mother to become great and wealthy. The ascension of an anti-hero and his heroic tales make him the “chosen one.” Not only action, but K.G.F is a south romantic movie also in Hindi dubbed list 2022.

“Fidaa” is currently the best romantic film to see. Varun and Sai Pallavi share a fantastic love story in which Varun meets Bhanumathi at his brother’s wedding and falls in love with her. Despite countless twists and turns, they eventually reunited and lived happily ever after. It is one of the best south Indian romantic movies dubbed in Hindi.

The story of a fisherman who falls in love with a wealthy woman is told in the film “Uppena.” The difficulties they face after falling in love are depicted in this film. In this romantic film, Krithi Shetty plays a rich girl and Panja Vaishnav Tej plays a fisherman. It portrays a new love story with new characters.

The love story of an overweight chef and his coworker Tara takes an unexpected turn when a woman named Maya enters their life. The film is both engrossing and entertaining. You should see this one. It is also one of the best south romantic comedy movies.

The story revolves around a young speaker who falls in love with a woman. It’s a simple plot that looks amazing because of the direction, cast, storyline, and exceptional performances. If you see this romantic comedy with your significant other or family, you will not be disappointed. It’s a film that will keep you captivated on your screen for two hours and forty minutes. This is among the best romantic comedy movies in Hindi.

This film, which came out in 2019, is about a student union leader who has trouble controlling his rage. He falls in love with a girl who plays state-level cricket. His personality, on the other hand, prevents him from marrying her. One of the south romantic movie in Hindi, “Dear Comrade,” was adapted into different languages.

Poorna, a poor cricketer, has his life turned upside down when he marries his next-door neighbour after being heartbroken by his ex. Samantha Ruth Prabhu and Naga Chaitanya Akkineni play important parts in the film. In this film, the scorching chemistry between the principal actors is worth witnessing.

’96 has a distinct feel when it comes to current South Indian romantic flicks, notably in the Hindi dubbed version. During a reunion, two high school sweethearts from the class of 1996 reunite 22 years later. Given this plot idea, it’s worth keeping an eye on. The Shahrukh-Kajol pair is revered and appreciated in Hindi films, and the same can be said for Setupathi-Trisha. They led us on the most gorgeous love journey we’ve ever seen by inhabiting their characters in the film. 96 is among the list of top 10 south Indian romantic movies.

Googly is a romantic love story film. It’s a Kannada romantic comedy film. This film depicts a beautiful love tale between Yash and Kriti Kharbanda. It is dubbed into a romantic south movie in Hindi and makes it to the south love story movie list.

Arundhati is a member of the reigning Gadwal family. She visits the fort of Gadwal a few days before her marriage to Rahul. She is being dragged towards an opulent fort by an unknown power. A wicked spirit is imprisoned in that fort. When the evil is defeated, Arundhati is forced to battle the ghost once more, much like her great-grandmother Jejamma did years ago. This is one of the best south romantic movies in Hindi.

Sivaji, a software engineer, returns to India from the United States to serve the country and engage in its welfare. Few politicians and government officials attempt to stop him, destroying and confiscating all of his assets. The rest of the film is interesting because of how he overcomes all of the challenges. Sivaji is one of the best romantic south movies dubbed in Hindi.

Mitravinda, a princess, and Kala Bhairava, the warrior she adored, died together in 1609 AD. The warrior is resurrected as Harsha, a motorbike stuntman, 400 years later. What does Harsha’s future hold?

A murder victim is resurrected as a housefly who seeks vengeance. His girlfriend promises to assist him in any way she can. But the man they’re up against is a monster, not a regular man. Watch the movie to see how they get their vengeance.

Krish is the sole son of a multimillionaire industrialist, and he adores Indu. Bhoomi, Indu’s companion, lives in a village where his father forces him to marry. Bhoomi is unconcerned about her father’s proposition. Indu resolves to aid Bhoomi by asking Krish to play the role of Bhoomi’s boyfriend in front of her father. The rest of the story takes place in Bhoomi’s home.

Rajinikanth’s thriller was so famous that it was replicated several times in different regional languages. This film was also recreated in Hindi under the title Bhool Bhulaiya, starring Akshay Kumar in the role played by Rajinikanth.

Allu Arjun’s romantic-action-comedy superhit not only made ripples in the South but also established Allu Arjun as one of the Hindi audience’s favourites. Its song Amalapura is a favourite with the audience in the North.

Bunny is a carefree Pizza shop employee who observes a robbery and is arrested as a result of his testimony. Bunny’s romantic life is depicted in the film, as Bittu plots his retribution on him. In Hindi, it’s known as “Dangerous Khiladi.”

This is a fantastic scene in which a politician plots his assassination, but it turns into a genuine assassination and he is slain. Another gunman double-crosses the hired gunman. There is also a death in cross-firing. It’s now up to the hired gunman to prove his innocence and hunt the criminals. “Cheetah, the power of one” is how it’s known in Hindi. 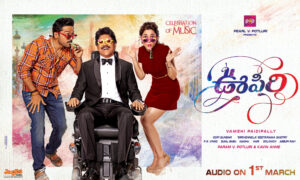 A millionaire admires another man’s easy-going demeanour and wishes to learn how to live like him. It’s a Telugu comedy-drama with Hindi dubbing. It’s known as “Businessman 3” in Hindi.