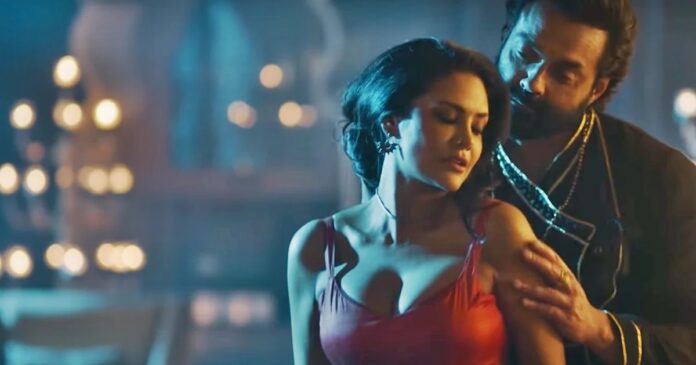 One of the biggest highlights of the Prakash Jha-directorial web show Aashram’s season 3, is actress Esha Gupta and the actor Bobby Deol, who is in the lead role as fake godman Baba Nirala. Since the trailer of Aashram Season 3 came out Esha’s character Sonia has been in the news because of her sensuous avatar with her bold fashion, seductive character, and her intimate scenes with Baba.

Actress Esha Gupta starred in a number of Bollywood films including Chakravyuh, Raaz 3D, Jannat 2, Baadshaho, and Rustom. Esha recently revealed in an interview whether she was comfortable or not while filming the intimate scenes for the series. Let’s hear what she has to say.

Though the third installment of Aashram got a mixed reaction from the audience, the performance of the actress was unanimously praised. Esha Gupta plays the role of ‘Sonia’, a brand consultant and an internationally-renowned publicist. With Esha in sarees and plunging necklines, she became the talk of the town.

When asked about the intimate scenes with the actor Bobby Deol, Esha told Bollywood Life,

“There’s nothing about being comfortable or uncomfortable when you have worked for like 10 years in the industry. People think intimacy is a problem but it’s not, unless and until it’s a problem in your real life. We are very open about it. The only thing is every scene is difficult, whether you’re crying or driving on-screen. Maybe intimacy was difficult for me to shoot when I did it for the first time”.

Talking about her co-actor, Bobby Deol, she called him, “good, mature and a nice actor.”

“I am sure Bobby must have been intimate in his life before. I am sure he was Okay. When you are trying to show lust, you make sure the lust is visible…”

According to the actress, when one is trying to show lust, one should make sure that the lust is visible. She also said that for people intimacy is a problem only when they have a problem with it in real life and that every scene is difficult to act whether it’s an intimate one or a crying or driving scene. She hopes that they justify the scenes.

The show is streaming on MX Player on June 3 and stars other actors like Chandan Roy Sanyal, Aaditi Pohankar, Darshan Kumaar, Tridha Choudhury, and Anupriya Goenka.

The series revolves around how people are conned by the gurujis in the name of belief in an Aashram. With the success of Aashram 3, the teaser of the Aashram 4 has been out too which has been shared by Bobby Deol on his Instagram handle.

Check the teaser of Aashram 4: