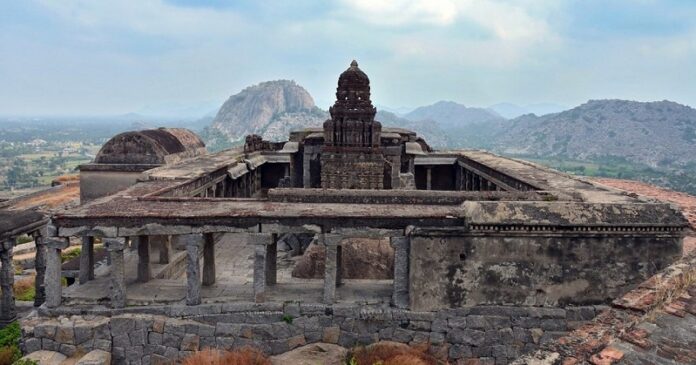 Tamil Nadu has long been a nation steeped in history, with innumerable dynasties rising and falling on its territory. If you want to have a closer look at the state’s cultural fabric, you can head to the old forts of Tamil Nadu, which are still standing witnesses to the past. The following road trips to tour Tamil Nadu’s forts are a terrific way to unwind and immerse yourself in history’s forgotten pages.

Here is the list of some of the famous forts in Tamil Nadu.

Vellore Fort got built on the banks of the Palor River in the 16th century. It was the capital of the Vijaynagar Empire. The fort of Tamil Nadu is home to a temple, a chapel, and a mosque, among other monuments. You can see the elaborate military architectural styles of Southern India in this fort.

Fort St George is presently one of the most prominent tourist destinations in Chennai. This was the first fort erected by the British in India, and it got finished in 1644. It is now the administrative headquarters of Tamil Nadu’s legislative assembly.

The Cholas erected Gingee Fort, which is in Villupuram, one of Tamil Nadu’s historic cities. Throughout the Vijayanagara period, it got altered, but during the Gingee Nayaks’ reign in Tamil Nadu, it became their headquarters. The fort was also used by the Marathas during Shivaji’s reign. The fort rises to around 800 feet in height and got surrounded by an 80-foot-wide moat. In addition to the history, there are granaries, Chenjiamman Temple, and jail cells to see.

In the 17th century, the Marathas built Manora Fort in Thanjavur. Manora Fort, with its eight stories and hexagonal tower, commands a commanding view of the Bay of Bengal. The tsunami devastated the fort, but it got repaired in 2007.

The Udayagiri fort got built in the 17th century. The Travancore monarchs, on the other hand, changed it in the 18th century. The fort was been designated as a biodiversity preserve. Among the numerous unique attractions to view at this fort are the memorials honoring the Dutch admiral De Lennoy, as well as a stunning church built in his honor.

The Dutch built Vattakottai Fort, which sits along the beachfront, for the Travancore kingdom. The fort is currently a renowned tourist destination in Kanyakumari, with views of the sea on one side and the Western Ghats on the other.

Dindigul Fort, also known as Dindigul Malai Kota, got built in the 17th century by Madurai Nayak. Following that, the Mysore Wodeyars took care of it, and it came to prominence during the reigns of Tipu Sultan and Hyder Ali. During the Polygar Wars, the British used the fort. When touring the fort, you may notice a temple and cannons.

The Thirumayam Fort, which comprises 40 acres of land, got built in the 17th century by the monarch of Ramnad. Only four of the fort’s seven concentric walls survived. There are shrines to Hanuman, Ganesha, and Karuppar on the southern end, and temples to Bhairava on the northern end. The fort’s main attractions include two rock-cut temples, a natural pond, and cannons.

The Mughals built the Alamparai fort in the Kadapakkam hamlet, which overlooks the sea. It’s reported that the fort had a 100-meter dockyard and that commodities like salt, ghee, and silk cloth got shipped from here. The fort was later given to the French, who then conquered it. One of the most historical forts of Tamil Nadu.

The fort got built on a 272-foot-high rock that’s thought to be billions of years old. The British utilized this fort in Trichy during the Carnatic Wars. Two temples, the UcchiPillayar temple, and the Thayumanaswami temple can still be found within the fort’s grounds. It is now one of Trichy’s tourism attractions.

Bakasur Malai is the name given by the locals to this fort. Tipu Sultan built the fort, which was thereafter used as a major outpost. You must hike through the Nonsuch Tea Estate to get to the fort.

Sadras Dutch fort, located in Kalpakkam, is one of the country’s oldest Dutch forts. The fort’s construction began around 1612. The fort has seen several battles, and one of its most notable features is the secret passage from the graveyard. The distance between Chennai and this fort is 72 kilometers, and it could reach in a few hours. One of the most beautiful fort in Tamil Nadu.

It is one of the Krishnagiri district’s forts. Many rulers ruled over the Krishnagiri fort. The Archeological Survey of India now protects it. Tamil Nadu’s forts are proof of the state’s cultural past and an inseparable part of its legacy. The greatest time to visit these forts is between October and March, and travelers may explore them by renting a car from Revv, which offers excellent value without sacrificing high standards. The automobiles can get transported out of town and they get offers on an hourly and daily basis.

Around the year 1200 AD, the Rajagiri Fort got built. It’s located near Rajagiri, Tamil Nadu, India, and its name translates to “Kings Hill.” Gingee Market is a one-kilometer walk away. This structure got made of saffron and black granite. A magazine, a gymnasium, a palace site, an audience hall, a stable, a clock tower, a granary, an Indo-Islamic treasury, a grain warehouse, and an elephant tank have all been added to the fort.

Near the West Entrance are Venu Gopalaswami Temple, Vijayanagar Kings’ Ranganath Temple, Kalyan Mandap, Sadatulla Khan’s Masjid (1717–18), and Mahabbat Khan’s Masjid. The temple on the fort’s summit, near the Chakrakulam-Kunda reservoir, features bathtubs with a steady water supply and a large cannon. One of the most famous forts in Tamil Nadu.