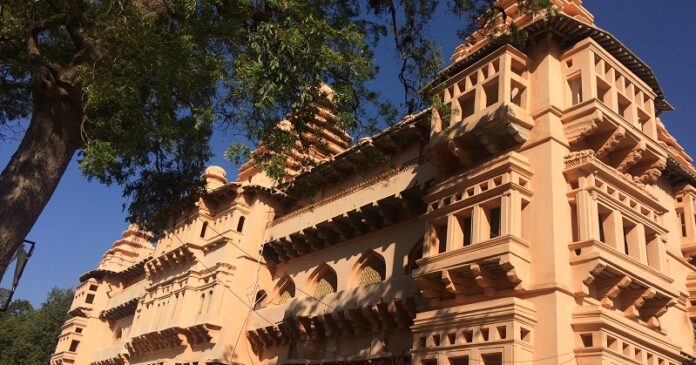 Andhra Pradesh is an Indian state that is filled with glorious history and great achievements. It has given us many extraordinary rulers who have hoisted the flag of Telugu pride. Even though these great rulers are not among us anymore, they gave us some of the best monuments to remember them by. These forts in Andhra Pradesh showcases the ancient culture and tradition of Andhra Pradesh.

From “Kondaveedu Fort” to “Bobbili Fort”, here are some of the majestic forts of Andhra Pradesh that you must visit to feel its glory:

Since the original Bobbili Fort was destroyed in the Bobbili war of 1757, the fort that you will see now is a new one. Chinna Ranga Rao was the person who survived the Battle of Bobbili as a child. Later, he became the Raja of Bobbili. So, in the middle of the 19th century, the successors of his lineage constructed the present Bobbili Fort.

Vizianagaram Fort is a famous Andhra Pradesh fort that was built by Vijaya Rama Raju, Raja of Vizianagaram in the year 1713. Interestingly, the location of the fort was suggested by Mahabub Valli, a Muslim saint who was doing penance in that forest. According to the Hindu calendar, the foundation laying date was chosen on the tenth day of the Vijaya Dasami, and after that, this beautiful fort was constructed.

Chandragiri Fort is a beautiful fort of Andhra Pradesh that was built during the rule of Yadavanaidus in the year 1000AD. However, in 1367, it was taken over by the Vijayanagara rulers. It is said that the Vijayanagara emperor, Srikrishna Devaraya met his future queen Chinna Devi at this fort. People from all over the country visit this fort to relish its historical significance.

Kondapalli Fort is one of the famous forts in Andhra Pradesh that was built by the Prolaya Vema Reddy of the Reddy dynasty of Kondaveedu. This fort was built in the year 1360. Later, the Kondapalii fort and the province were conquered by the Muhammadans in the year 1541. However, eventually, in the 16th century, it fell into the hands of the Qutubshahi dynasty, a Muslim ruler.

Even though Kondaveedu Fort was built by Prolaya Vema Reddy, it was taken over by Gajpathis of Orissa after 1428 followed by the Muslim rulers of the Bahmani kingdom. After many rulers, the fort came under the control of the French colonists in 1752. Later, it passed on to the English imperialists but abandoned it in the early 19th century in favor of Guntur. This renowned and amazing fort shows the historical journey of different rulers.

Udayagiri Fort is a well-known Andhra Pradesh fort that was built in the 14th century in the Gajpathis kingdom. Krishna Deva Raya attacked Udayagiri, and he declared his victory after 18 months. In the year 1512, it fell under the rule of Krishna Devaraya of Vijayanagar. After that, it was ruled by chieftains of Golconda followed by the Nawabs of Arcot.

Kurnool Konda Reddy Fort was built by Achyuta Devarayalu from the Vijayanagar Empire. The last ruler of Alampur, Konda Reddy defeated the Kurnool Nawab several times. Later, Konda Reddy was captured and imprisoned in the fortress. However, the fort came to be known as “Kondareddy Buruju” because of his untiring resolve to fight the Muslim rulers.

Gurramkonda Fort is one of the famous and well-known forts in Andhra Pradesh that is considered a 500 years old architectural masterpiece. Interestingly, the name of this fort was originated because the rulers rode horses to reach their palaces. Besides that, there is also a tomb for Maqbeera, Tippu Sultan’s maternal uncle. This fort holds a great historical significance that people love to know.

Gandikota Fort is an Andhra Pradesh fort that was founded by a subordinate of Ahavamalla Someswara I, the Western Chalukyan king of Kalyana, and Kapa Raja of nearby Bommanapalle village. Later, the fort was made by Pemmasani Thimma Nayudu. If you don’t know, for over 300 years, the fort was under the control of Pemmasani Nayaks.