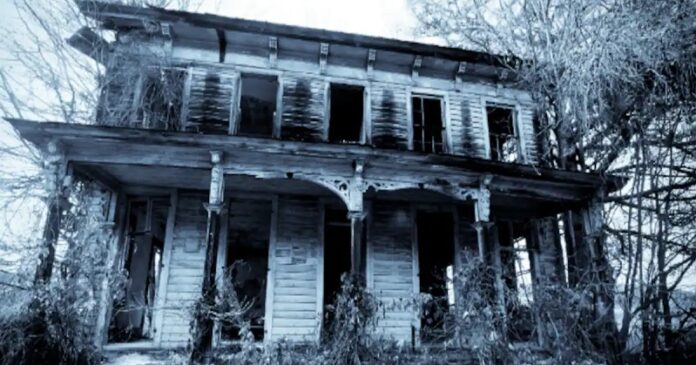 Goa is one of the most famous tourist places in India. Whenever we think of a vacation, Goa is the first place that comes to our minds. Whether you want to enjoy yourself under the sun on the beach or want to visit some of the best churches in India, Goa is the go-to place for everybody. However, Goa is not only famous for these tourist places. It is also famous for some really spooky places that will surely give you sleepless nights.

So, for all the haunted place lovers, we have gathered a list of haunted places in Goa that you should definitely avoid visiting if you are faint-hearted.

Three Kings’ Church is one of the haunted places in Goa that is named after the three scholar-kings who at the time of the birth of Lord Jesus, visited him. As per the locals, there were three Portuguese kings who were greedy for power once ruled the land.

One of them poisoned the other two and killed them. This made the people of the city angry. That is why the third king consumed the poison and killed himself. It is said that their bodies were buried under the church and even now their spirits roam around scaring people off.

Igorchem Bandh is yet another one of the haunted places in Goa that are located right behind the Church of Our Lady of Snows. Usually, we have heard that spooky things happen during the night, but at this place, weird things happen in the daylight. It is believed that you are most likely to be possessed by an evil spirit if you walk on the road between 2 pm – 3 pm.

The Jakni Bandh is a haunted place in Goa that is the perfect blend of nature and horror. If you don’t know, it is a temporary bridge between Navelim and Drampur. As the story goes, once a school bus toppled and all the kids in it were killed. It is reported that many times people hear the crying of little kids in that area.

Rachol Seminary Arch is yet another haunted place in Goa where spirits walk around. It is believed that the ghost is from the Portuguese era. According to the rumors, the spirit denies admission to any person under the arch that it deems unworthy.

You must have heard about many hotels, but the Ghost hotel would surely be the new one. It is a haunted place of Goa that was built by the Russians. Unfortunately, it never got completed because of legal complications. And now, the jungle touch to the building gives an eerie feeling. Many people admitted that they have experienced paranormal activities while visiting around this area.

We cannot escape talking about deadly highways, if we are talking about the haunted place of Goa. According to the local people of Goa, several witches roam around NH 17 Mumbai-Goa Highway in search of flesh. Perhaps that is why it is advised to not carry any non-vegetarian food on this highway after sunset.

Located between Dhavali and Bori, Baytakhol is one of the haunted places of Goa where you can feel the creepiness of a woman crying. It is been rumored that a woman is seen crying out for help. However, if someone looks back or crosses her, they will find the road empty. Aren’t you getting goosebumps just by hearing it?

Borim Bridge is yet another one of the spookiest and haunted places of Goa that was built in the Portuguese Era. According to the three friends who visited this place, they saw a woman running on the bridge. When they got closer, they witness a woman jumping into the water but there was a splash in it.

However, when they got back to their car and reached home, the friend in the back seat told them that the spirit of the woman was sitting with him in the car. After this story became famous, the Borim Bridge joined the ranks among the haunted places in Goa.

Popular for its churches, Saligao Village is another one of the Goa haunted places. It is rumored that this place is haunted by a woman named Christalina. Around 6 decades back, a man went missing, and when he was found, he was covered in scratches and wounds. When the people asked him about the situation, all he said was Christalina took him away.

If you want to encounter fear, then no place can be better than Rodrigues Home. It is one of the most Goa haunted places where spirits reside along with the Rodrigues family. According to the locals, lights keep flickering on and off, windows and doors here open at will, linens keep appearing & disappearing, and kitchen cutlery keeps moving at midnight.