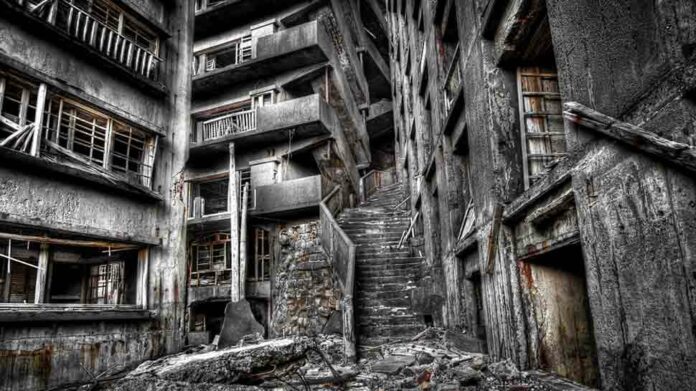 According to an old saying, heaven and hell lie in the same place. Well, Kasmir truly justifies this saying. As beautiful as Kashmir is, it is also famous for its haunted places and its spooky stories. Apart from the mesmerizing lakes and valleys of Kashmir, there are many haunted places in the city as well. Even if you don’t know the dark side of Kashmir, you must stay clear of some of the areas while in the city.

Here is the list of haunted places in Kashmir that will surely give an eerie feeling and sleepless nights. So, while having fun, try to avoid these places:

Udhampur Army Quarters is famously known as one of the most haunted places in Kashmir. According to the locals, they heard ghosts and supernatural elements in this area in the night between 1 am and 3 am. Apart from that, scary noises can also be heard during this hour. So, while in the city, stay clear of this area.

If you don’t know, over two decades ago, there had been a bloody massacre in the Gawkadal Bridge. A mass of people was protesting to fulfill their demands. In order to stop the protest, CRPF jawans started shooting at the mass. The sad event went down as the worst massacre at that bridge.

According to the locals of Kashmir, they can still hear the screams of angry people who died here by the jawans. Trespassers have also seen spirits roaming around the bridge. After that event, the Gawkadal Bridge turned into one of the haunted places in Kashmir.

Khooni Nala is one of the Kashmir haunted places where a lot of road accidents have happened. It is a highway that is situated just before you pass Banihal Tunnel. It is rumored that the place is haunted by the injured souls of people. Many people have also seen a woman in a black saree carrying a baby who asks for a lift. If someone refuses the request, she curses them and they eventually die in the accident.

Ghost of Abdullah Jinn is one of the most Kashmir haunted places that is situated in Srinagar. As per the locals, a house in Srinagar is haunted by the jinn. As soon as anyone enters the house, his or her shoes get thrown out of the house. Screams and unusual voices have also been heard in this house. People say that anyone who comes back from the house suffers from some kind of sickness.

For generations, we have heard many horror stories where trees are haunted. Well, this case is no different. There is a haunted tree that is considered one of the most haunted places of Kashmir. There is a peculiar tree in the forest of Gurez which is believed to be haunted. It is rumored that the person will be possessed by evil spirits if they touch the tree on a New Moon Day.

We all know that a mosque is the house of God. But this house of God in Kashmir is one of the most popular haunted places of Kashmir. It is said that this mosque is haunted by several evil spirits and that is why it had remained unattended for quite a long time. Anyone who entered the mosque, either died or suffered from severe illness.

It is yet another massacre incident in Kashmir that left the place all haunted by the dead people. It was the same kind of incident as the Gawkadal Bridge massacre. The spirits of those people can be seen during the nighttime. Apart from that, scream and unusual can also be heard at night.

While you are visiting to witness the beauty and peaceful ambiance of Kashmir, try to avoid these places. However, if you are a lover of spooky and haunted places as well, then nothing can be better than visiting them. Also, always be careful while visiting these places because the outcome can be too scary to handle.

20 Must Visit Andhra Pradesh Temples For A Divine Pilgrimage