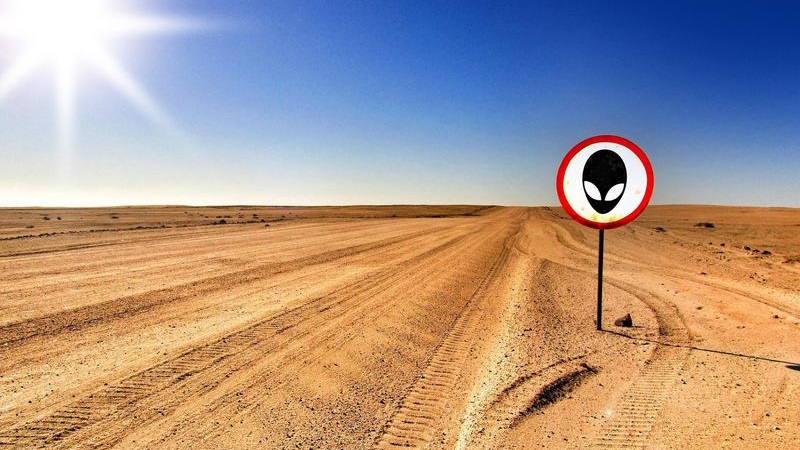 The world is indeed full of wonders. There are places at every nook and corner on earth which are a perfect blend of beauty and danger. Some have sprouted naturally, while others are human-made. You all must have heard about the Bermuda Triangle. Do you ever want to venture out there and unravel the mystery of why no one ever comes back from there? If this is the case, then here is a list of 15 more mysterious yet astounding places that are forbidden to tourists because of certain strange reasons, but seems perfect for a curious soul like you.

Do you have ophidiophobia? Or in simpler words, are you scared of snakes? If yes, then Brazil’s Ilha da Queimada Grande island will surely give you the creeps. The island is famously known as the Snake Island because it inhabits around 4,000 venomous snakes called Bothrops Insularis whose venom if seeped into the skin of humans can melt it within seconds. Thus, the Brazilian government has banned this place, citing the safety of both humans and these endangered species.

Are you a fan of the movie E.T. and believe that aliens exist for real? Then you must be excited to hear that perhaps your notions might be correct. Deep within the Nevada desert, there is a secret United States Air Force base rumoured to have taken extraterrestrials into hostages and conducting experiments on them. Moreover, the officials working there are allegedly testing on certain aircraft and weapons. Tight security around the perimeters of the area is always maintained, and till date, not a single outsider knows what happens within the secret premises.

The country of France hosts one of the most beautiful cave arts, dating back to 17,000 years. Beautiful carvings of the prehistoric men, their hunting tactics and strange rituals led to the opening of these caves to the tourists in 1948. But, as more and more people started entering and exploring them, there were changes in the air with a high rate of carbon dioxide, humidity and heat resulting in the damage of these ancient paintings. Thus, to conserve them, tourists were prohibited from visiting the Lascaux caves since 1963. Sad right?

If you’ve ever visited Andaman, you would be familiar with its beautiful islands, surrounded with coconut trees, the sandy shores and the perfectly blue waters. But, there’s a specific island within Andaman known as the North Sentinel Island which is incredibly off-limits to any person. A hostile tribe of nearly 50 – 400 people inhabit that area and are known to attack any travellers with arrows and rocks who try to get in contact with them. Alas, such a gorgeous beauty remains unknown to many tourists.

North Korea is a master of keeping secrets from all over the world, and Room 39 is one of them. Actual Room 39 is thought to be located inside a ruling Workers’ Party building in the capital city of Pyongyang. Some reports claim that this room, owned by the supreme dictator of North Korea, Kim Jong is involved in illegal affairs like drug smuggling, counterfeiting as well as selling of highly improved arms and weapons to powerful countries like Japan and parts of Asia. Only God knows what happens inside.

This highly protected region of the US is responsible for holding some of the world’s greatest national treasures, and it preserves vast gold reserves worth 147.3 million. The possibility of a break-in is almost nil as blast-proof doors secure the main vault, including 30,000 army men guarding the whole fort along with helicopters ready to throw missiles in case of any dire necessity.

Dulce Base, situated on the Colorado-New Mexico border, is known for many conspiracy theories spiralling around it. This small town is said to house an underground laboratory where only a handful of skilled scientists are allowed, who administer strange experiments. Rumours make things more exciting, and one such rumour says that perhaps the Native Americans residing over there have hidden a new species of human-animal hybrids. Guess what, the mutants shown in the movie Wolverine might be real.

If you’re easily scared of dark and secluded places then learning about the Poveglia Island will give you the chills. Built to host thousands of infected patients during the Roman Empire when the plague hit the country, the soil of the island consists only of ashes of these diseased patients. Later on, when a mental asylum became operational, a series of ghoulish incidents took place claiming the lives of everyone under mysterious circumstances. Since reports of haunting spread all over Italy, Poveglia Island is now a place people avoid. Anyways, who would even dare to take a step at such a sinister place?

One of the beautiful islands to have emerged from a volcanic eruption is the Surtsey Island in Iceland. It’s a highly forbidden place for anyone to visit except a handful of scientists because the government doesn’t want the ecosystem over there to get hammered from unwanted human intervention. They want to observe how flora and fauna grow naturally without human interference. If you happen to become a scientist in the future, then you might get lucky enough to be allowed to enter the gorgeous island.

The eerie atmosphere that surrounds the premises of one of the most haunted places in Rajasthan and the numerous creepy stories that revolve around it will inevitably consume you. Tourists are allowed to visit the Fort during the daytime. However, entry is highly forbidden from sunset till sunrise as there are cases which state the fact that people who ventured into the fort after dusk disobeying the rule, never returned home. Maybe, at night there’s a whole new dimension in there which we cannot experience! By the way, are you scared?

The Vatican city hosts hordes of ancient documents, manuscripts, accounts, letters sent in secrecy by Michelangelo and Mary, Queen of Scotland and other such vital paperwork dating back to the 8th century relating to the Catholic Church. But, no one without permission can enter the underground passages where these archives take shelter along a length of 85 kilometres. Only, exclusive researchers are permitted to have access to these records and that too with high limitations.

Ever wondered what would happen if an apocalypse took place accompanied by a significant food crisis? Well, Norway has it covered. “The Doomsday Vault” as they call it stores about 100 million seeds that the people working there have accumulated from all over the world in case there’s a global necessity. This secured seed reserve consists of samples of various seeds that might help in the times of need. Tight security measures are in place, and no one can enter the vault without permission.

Another such exciting sight where the intrusion of the common folk is not allowed is the town of Mezhgorye in Russia. Word has it that the citizens here are working on a secret nuclear project. There’s also news that the Russian leaders have kept an enormous storage bunker filled with food and that they might even be working on a mining operation. Till date, nobody knows what goes on in this little town.

The Heard Island of Australia is a place of utmost wonder with its pristine glaciers and a wide variety of birds and animals like the penguins and seals. But, the exotic location can only be enjoyed through satellite images as the island is not open to the general population. The Island stands restricted because of the probable lava outbreak and its isolated location, which is far away from human inhabitation.

There are strange stories associated with Pluto’s Gate in Turkey, also known as the “gate to hell“. Any animal or bird that got too close to the perimeters of the gate were supposedly killed by the breath of the Death God, Pluto as per religious claims. But, scientists, later on, revealed that due to the presence of an abnormal amount of carbon dioxide ( nearly 53% ) present inside the gate, any living being who wanders near it could die immediately after inhalation. Hence, the place is off-limits to everyone.

So, do any of the places listed here makes you want to undertake a journey and unravel the mist of mysteries that surrounds them? Well, then surely you must be disappointed because visiting these cryptic sites are against the law. What you can do for now is dig up the images of these beautiful locations and give a treat to your eyes while wondering what could be the real story behind all these!