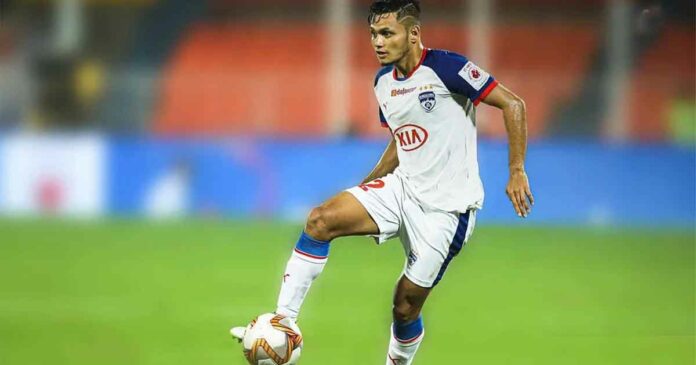 It has been confirmed by Kerala Blasters that Jessel Carneiro, the skipper has sustained a shoulder injury during their game on 9th January against Hyderabad FC in Hero Indian Super League. In the final hours of the match, Carneiro had been stretched off. He felt excruciating pain caused by a sliding tackle.

According to the club’s official statement, the star player has a shoulder injury. But he will be replaced by Nishu Kumar. So, football fans surely have something to look forward to. Most betting sites in India also predicted that Nishu Kumar might make his debut for Kerala Blaster FC. So, it is also going to make things interesting for the betting enthusiasts who are looking to bet on ISL’s Kerala Blasters.

Carneiro to be Replaced by Nishu Kumar

According to Ivan Vukomanovic, the head coach, the defender is going to be replaced by Nishu Kumar. So, he is going to make his first appearance this season after playing for a few minutes as the substitute.

Carneiro has made 4 tackles, blocks, and interceptions each to assist his team record a clean sheet against Hyderabad FC. It made sure Kerala Blasters FC make it to the top of the table with 3 points after a 1-0 win.

Nishu Kumar has been a part of the Kerala Blasters match against Odisha FC. In fact, he along with Harmanjot Khabra was able to net the first-half goals that kept the team’s juggernaut rolling.

Now, Kerala Blasters have 20 points from 11 games. On the other hand, Odisha is in 8th place, having 13 points from 10 matches.

In the 26th minute of the match, Odisha had the chance to take the lead when the run of Javi Hernandez had compelled Prabhsukhan Gill to make a good save from snapshot. A few minutes later, Kerala Blasters nosed ahead. It was Nishu Kumar’s brilliance that sent the ball into the top-right corner from outside the box after it had been set up beautifully by Adrian Luna.

Nishu Kumar, the defender had mostly been on the sidelines as his team dismantled Mumbai City FC, the defending champions in a 3-0 victory. Kumar had been an eye-witness to the incredible performance of his team. The defender has 6 titles for his efforts, regardless of being young.

When he had been asked about the objectives of the team for this ongoing season, he said that he has a strong feeling that Kerala Blasters is going to make it to the season’s playoffs. His intent in the conversation was visible in the team’s amazing win against the reigning champions.

Nishu Kumar sustained an injury midway through the 2020-21 campaign. And, he shares how it feels to return to the pitch. Nishu says that it had been frustrating for him to stay away from the pitch.

But he happily explained that he is happy and feels good to make a comeback. He considers football to be his life, and it makes him feel good.

Kerala Blasters FC was able to land the former ISL champion an incredible deal in the last season. And he feels blessed to represent this team.

He says that Kerala Blasters is a big team, and he has always wished to play for them. So, he feels blessed that he is playing for them now. In the previous year, he was unable to perform because of an injury. However, he feels that the management had supported him a lot in regards to his comeback in the game. He thinks he is ready for all the matches.

No doubt, injury is the worst aspect of football but at the same time, it is also a part of it. This was the first long-term injury that kept him out of the game for 9-10 months. He had felt, at times, that it was going to be very difficult for him, but his club management and physio had supported him a lot. So, now he knows how to bounce back into the game in such a situation.

For the Kerala Blasters, it has been a season with mixed feelings. In the first match, they suffered a big defeat. However, they came back stronger. But Nishu thinks his team is going to do well this season as they are trying their best.

Surely, the season did not start well. Following that, the team has been unbeaten for the last 4 matches. Players are giving their best, and the team is making the most of the experienced foreign players. You can also check out BT10 India telegram channel for the latest news and updates related to sports and predictions.

In the last season, Kerala Blasters had finished at the tenth spot. This led to an overhaul in the dynamics of the first season. Kerala Blasters have looked like a refurbished team on the ground. So, in this campaign, they are surely aiming for the playoffs. Nishu Kumar strongly feels that this will be the season when the team makes it to the knockout round.