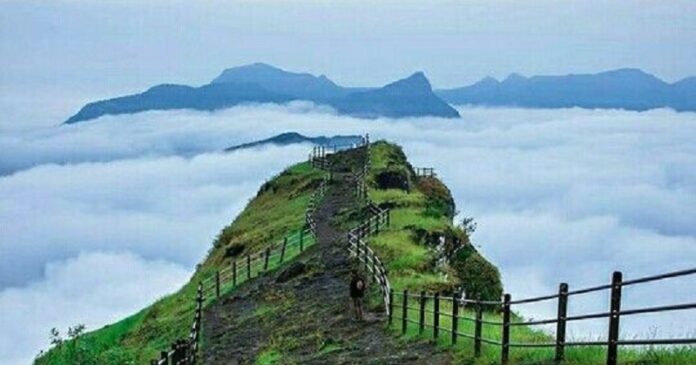 The Raigad Fort is an aesthetically and majestically appealing hill fort in the district of Raigad, Maharashtra. It is known as the “Gibraltar of the East” by the Europeans. The Raigad Fort height is 820 meters above sea level of the Sahyadri mountain range. Comprising of 1737 steps, the fort can be accessed by a single pathway. Its strategic build speaks of the clever architecture. The inside Raigad Fort is surrounded by deep green valleys and has several gateways that enthrall its visitors such as Nagarkhana Darwaja, Palkhi Darwaja, Mena Darwaja, and the majestic Maha Darwaja. However, the main entrance to the imperial structure is Maha Darwaja. In today’s time, the Raigad fort serves as a living reminder of the valor and glory of the Marathas.

Back in the year 1656, Chatrapati Shivaji Maharaj, the distinguished Maratha ruler, seized the fort of Rairi from Ruler of Jawali, Rajchandraji More, and built his capital city. He renovated the fort and renamed it “Raigad”. The villages of Pachad and Raigadwadi were located at the base of the fort and played a very crucial role in the defense of the royal house. It is said that during the rule of the Marathas, a cavalry of ten thousand men was always kept on standby in Pachad. Apart from its strategic location, the Raigad Fort was heavily fortified to keep swarming enemies at bay.

The inside Raigad Fort still entails a majestic ambiance despite being in ruins at present. It will make you feel its splendor and grandness dating back to 1030 AD.

The Chit Darwaja is located at the foothills of the fort which is near the village of Pachad. From here the visitors start on their foot journey to the Khoob Ladha Buruj. And then they reach the main entrance to the fort, the Maha Darwaja. The massive entrance to the fort reflects the glory of the Marathas. There are ropeway facilities that you can use to directly go to the top of the fort if you do not want to climb 1737 steps. It will take you to the top of the fort directly near Mena Darwaja. That will lead you to the Rani Vasa. Towards the right of the Mena Darwaja, there is the office complex of the king’s secretaries. You can also visit there.

If you are visiting the fort for the first time, according to the Raigad Fort information, do not miss visiting the chambers of the queen or the Rani Vasa. It comprises six chambers each with attached restrooms. The mother of Shiv Chhatrapati used these chambers along with the other royal ladies.

Palkhi Darwaja is just in front of the queen chambers. It served as a special doorway for Shivaji Maharaj’s convoy. There are three dark chambers to the right of this doorway that are believed to be the granaries of the fort by historians.

Raj Bhavan is the main palace of Shivaji. It was made of wood and now only the bases of the pillars remain. It was the home to the royal Marathas. Along with Shivaji Chhatrapati’s overwhelming generosity, it has also witnessed his victories, anger, joys, and sorrows.

As per the directions of the Raigad Fort map, the Raj Bhavan leads to a massive, sprawling lawn which is referred to as “The Raj Sabha”. From the splendor of battle wins to the coronation of Shiv Chhatrapati, this open ground has witnessed various important events of the Maratha rule. This is also where Shivaji Maharaj broke the shackles of slavery and established Hindavi Swarajya. His throne was studded with precious jewels and was a magnificent masterpiece.

The impressive drainage system of the Royal Bath speaks for its architectural excellence. Surprisingly, it leads to an underground cellar that was used for secretive activities such as worshipping Bhavani Mata, secret dialogues, storing loot from wars, and many more.

The fort is also home to the remains of three watchtowers. It once guarded this enormous structure. Among the three towers, two towers still remain, but the third one got destroyed in the British attack.

Holi Cha Mal is just outside the Nagarkhana Darwaja, as per the Raigad Fort map. During your first visit to Raigad Fort, take a walk to this place. This massive open ground was used by the people of the fort to celebrate Holi. And now, it is an excellent spot to explore with your loved ones. The Bara Tanki is comprised of more than a dozen water reservoirs. However, its ruins will amaze you with their magnificent structure.

The Hirkani Buruj is a famous wall on the premises of Raigad fort. It was constructed over a high cliff and stands strong even today. This wall has an interesting story attached to it. As per the Raigad Fort information, a woman named Hirkani had come to Raigad to sell milk at the fort from a nearby village. When the gates of the wall were locked after sunset, she was trapped inside the fort. She heard the echoes of her little son crying from the adjacent village. She got anxious and couldn’t wait for the gates to reopen the next morning. During the pitch dark hours of the night, she courageously climbed the steep cliff. Shivaji got impressed with her bravery and built the Hirkani Buruj in her appreciation.

The Takmak Tok is a massive rock cliff which is located at a height of 1200 feet. It is a popular tourist spot of Raigad because of the breathtaking view of the enchanting valleys of Sahyadri hills. As per the Raigad Fort information, the Takmak Tok used to be a punishment point back in the day. Here wrongdoers were pushed off to death.

Make sure to eat like the Marathas, while you are in Raigad. The food here is majorly influenced by Maharashtrian cuisine. However, there is a subtle blend of North and South Indian cuisine as well. The locals of the place are proud of their spicy curries. No matter what, do not forget to try out Misal. It is a spicy gravy dish made of potatoes and other vegetables. It will surely keep you wanting more.

The best time to visit Raigad Fort is from November to March. The pleasant winter weather will make it ideal for tourists. You can do activities like ropeway or trekking during winters. With peak temperatures reaching 50 degrees Celsius, summers are on the hotter side. That is why there is less influx of tourists between March to June.

Route To Reach The Raigad Fort:

1. By Air: There are no direct flights available for the Raigad fort. The nearest airport will be Pune International Airport or Chatrapati Shivaji Airport in Mumbai, in case you wish to fly by air.

2. By Rail: The closest railway station to the fort is Mangaon if you are taking a train. Trains from popular cities like Bangalore, Chennai, Mumbai, New Delhi, and Mysore connect to this station.

3. By Road: Pachad Village is the closest place to Raigad Fort by road. Once at the village, you can either choose to use an alternate method of commute like the Raigad Ropeway or trek up approximately 1700 steps to the fort. The tramway will help you reach the destination in under 4 minutes.

Explore Other Forts In Maharashtra:

Maharashtra is known for its rich history and culture of the Marathas and Mughals. There are over 350 forts in Maharashtra and all with different stories. Traveling to any of these forts is not too difficult. You can hire a guide or you can just look it up on the internet. Here are some forts in Maharashtra other than the Raigad Fort that you must visit:

Lohagad is one of the most popular forts in Maharashtra. It was re-captured by Shivaji Maharaj from the Mughals in 1670 CE. It boasts brilliant architecture and the trek is also a most sought-after activity for tourists.

The Janjira Fort also referred to as Murud-Janjira. It is on the outskirts of Pune in a village called Murud. It was built towards the end of the 17th century by Malik Ambar and is surrounded by water. The fort used to have around 500 cannons back in the day. However, very few of them left now. It is the perfect place if you love peace and water.

The Daulatabad Fort was also called Devagiri and was built in the 14th century. It is about 16 km away from Aurangabad. is also considered one of the best forts in Maharashtra. The fort was captured by the Mughals, Peshwas, and the Marathas back in the day. However, it is a great place if want to go hiking.

In 1664-67 AD, Sindhu Garh Fort was built by Shivaji Maharaj. According to history, he chose this rocky island to build a fort. You will also find a temple within the fort and it is dedicated to Shivaji Maharaj. The fort looks simply stunning.

The Rajmachi Fort is the amalgamation of two forts named Manaranjan and Shrivardhan fort. It is named after the village Rajmachi. You’ll witness a magnificent view of the Sahyadri mountains from this fort which is majestic. 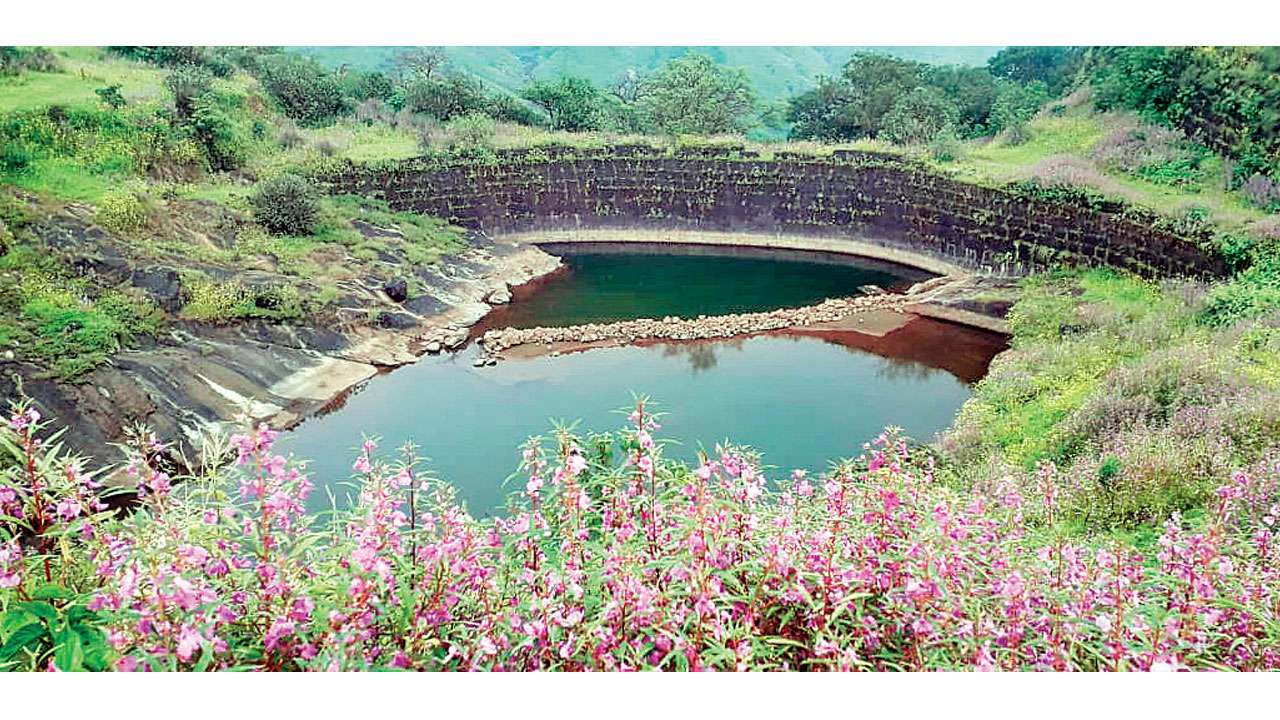 The Raigad Fort is rich in enchanting structures with a rich historical significance that allures visitors of all ages. It shows the sheer courage and bravery of the Maratha rulers. Visit Raigad today and experience the authentic and rich cultural heritage.

Things To Know Before Going To Morni Hills In Haryana

List Of All Birla Mandirs In India Build By Birlas

Exploring The Manchester Of India, Ahmedabad And It’s Secrets

Things To Know About Chakrata Hill Station In Uttarakhand Before Visiting